If you love candy canes but you can’t have them this Christmas then my Raw Vegan Peppermint Cookie Dough Slices are the closest thing you’re gonna get – well with the taste at least! They’re not a cheesecake but rather a sort of solid cream topped cookie dough block. You can eat these straight from the freezer if you’d like as they’re pretty much like a cookie dough ice cream sandwich without the top. So, by all means, double up the cookie dough and go for it if that’s what you’re in the mood for.

These Raw Vegan Peppermint Cookie Dough Slices are divine! Raw peppermint cookie dough, a peppermint cream layer, topped with some raw peppermint icing. What more could you want this Christmas?!

I’ve been on the mission to create some less than ordinary Christmas desserts this year – I’ve made Raw Vegan Snowball Teacakes and a luscious Cranberry and Orange Meringue Pie that’s just the best thing I’ve ever made… not even lying! Don’t get me wrong I do love a traditional Christmas pud but after a big dinner it can sometimes be hard to stomach and a lighter option can be preferable. I’ve also noticed that a lot of kids aren’t keen on cakes and puds with mixed fruit in so alternatives are always a great idea. I think a lot of people are starting to become a bit more modern with their food choices and these slices certainly fit the bill. Having said that it’s my Birthday tomorrow and I’m in the middle of making a raw vegan and Paleo red velvet layer cake using my dehydrator so if it turns out well then next year I’ll have some raw Christmas cakes and puddings for those of you that like the more traditional type of Christmas treat. 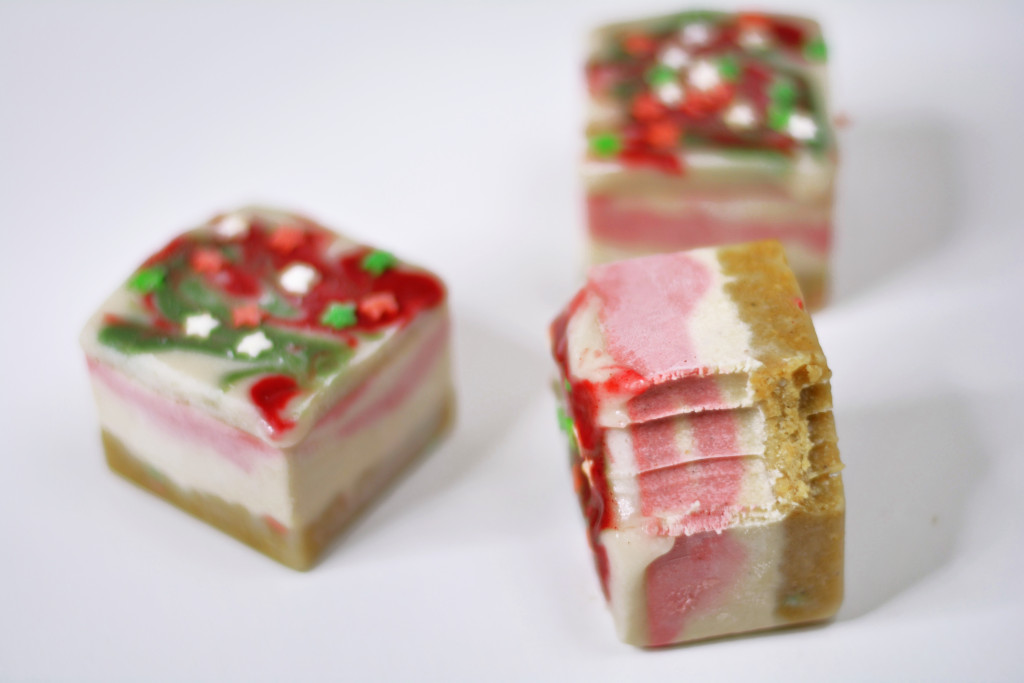 The one thing I love about this recipe is that you can eat these slices at any time of the year and you don’t have to make the whole thing, you can just get together a fab raw cookie dough in a matter of minutes for those days when you’re feeling a little lacklustre and want a yummy sweet treat that’s also good for you.  It’s super low in unprocessed sugars and the cookie dough can be made into some weeny high-fat energy balls. You can ditch the sprinkles and switch out the maple syrup for stevia, powdered erythritol, or yacon syrup if you’re keto. Again you can do the same thing with the filling if needs must. It’s a really easy recipe that anyone can make. All you need is a food processor and some silicone moulds or a brownie tray. Simples!

This is probably one of the most kid-friendly recipes I have on my site and Anya who is now 4 years old was a serious fan of these! She especially loved the raw icing which I have to admit really was super tasty but I’d say it would be best to hold out on the icing just for special occasions as rather unsurprisingly it’s still high in sugar (even if it is unprocessed). I personally really don’t like her eating the stuff! The marbling pattern on the icing might look a little intimidating but in reality, you just drop in a few blobs of each colour and then swirl with a toothpick or skewer. As far as desserts go it’s a pretty quick and simple one to throw together and it looks relatively impressive.

Feeling kinda festive? Wanting something a little more traditional? Why not give my Paleo and vegan Star-Topped Mince Pies or Boursin Style Cream Cheese a whirl? Oh, and if you want to keep up to date with my deliciousness and awful sense of humour then why not sign up to my newsletter?! 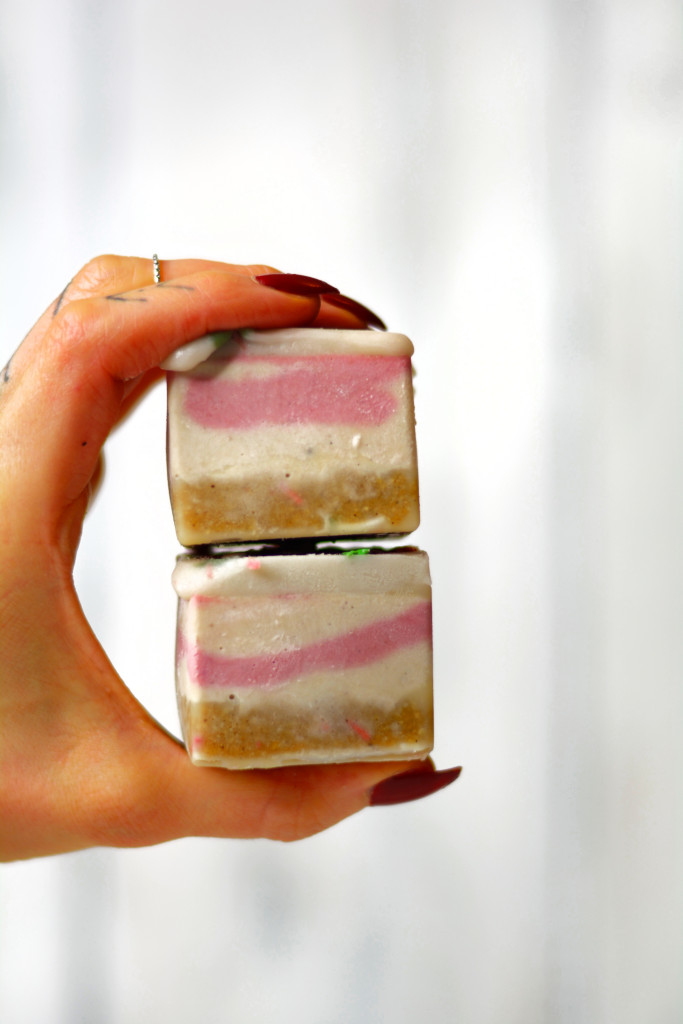 For the peppermint cream filling:

For the optional icing: 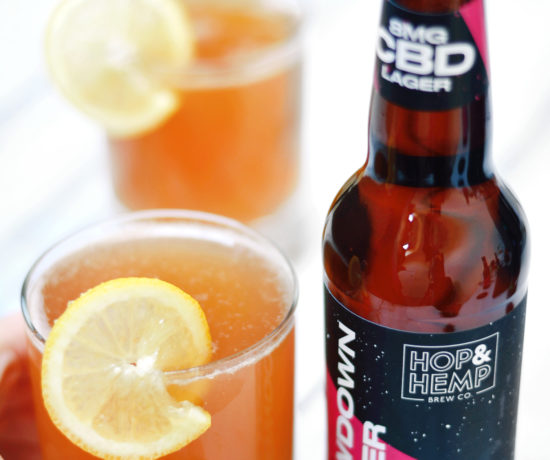 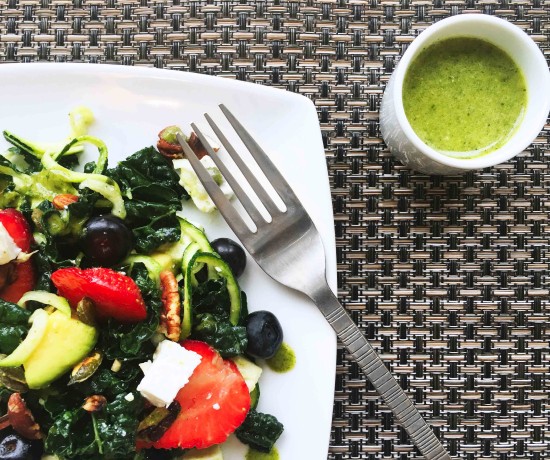 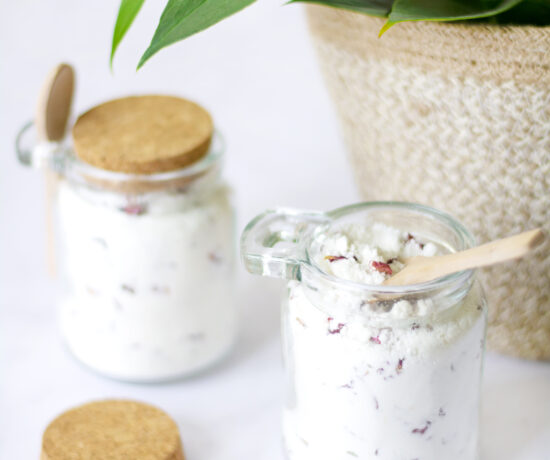