With Christmas coming up I wanted to make something super fun and exciting, but also something that would really test your culinary skills. These Raw Vegan Snowball Teacakes aren’t quite as fluffy as the original Tunnock’s Tea Cakes due to the fact that the meringue is raw, but they certainly are just as tasty. Traditionally an Italian meringue is used which requires a boiled sugar syrup to be added to the egg whites (or aquafaba). I also used a fudgy, cashew based cookie dough in replacement of the shortbread. I think in future I’m definitely going to give the original baked version a healthier makeover, I’ve even been working on my shortbread skills, but I thought for now a raw version would be a fun challenge.

Now, you’re probably going to be both excited and terrified to know that today I’m teaching you how to make your very own tempered raw white chocolate. It’s more of a laborious and time-consuming task rather than a difficult one, however, if you follow my instructions down to the tee you’ll soon realise that it’s not so bad. In a nutshell, it requires you to stick to certain temperatures – you melt your chocolate to a certain temperature, drop the temperature, then raise it again in order to create a stable, solid chocolate that has a wonderful snap to it. To be honest the hardest part is preventing the chocolate from thickening too quickly whilst you’re painting your moulds. If you feel that at the moment it’s too overwhelming then feel free to buy around 550g of your favourite chocolate (raw would probably be too pricey though) and melt that down instead. Personally, I think a good 90% chocolate would make this the ultimate dessert but I know that my kiddos would completely disagree. 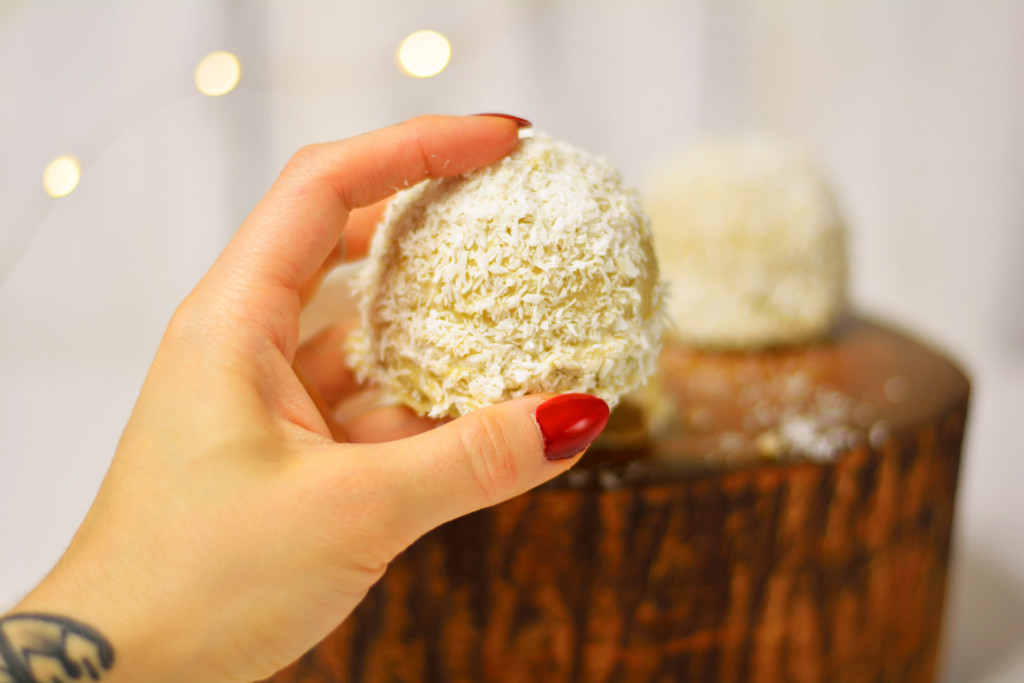 I used raw cane sugar and erythritol in my white chocolate purely for aesthetics but I’d highly recommend subbing the cane sugar for coconut sugar as it’s so much healthier and the meringue is filled with the stuff too. I also want to reiterate the fact that this is in no way a healthy dessert and it should be kept strictly for special occasions only. But yes, it still healthier than the original processed sugar-laden teacake. I always feel like I have to pop a little disclaimer like this as it’s easy to come under heavy scrutiny when you’re a healthy eating blogger. It’s kinda funny really as overall my blog doesn’t represent my day-to-day way of eating. I love to stuff my face with veggies, drink down adaptogens, and I would love it if more people wanted to see those kinds of recipes. They are after all the most important ones. Sadly, they just don’t bring in as much traffic to my site as desserts. I think I’m going to have to go back to shoving more veggies in them to make sure you’re all eating well! Anyway, I digress…

This has to be the most rewarding recipe you will ever make – I mean come on – raw, buttery cookie dough, soft and fluffy peppermint mallow, all enrobed in a crisp raw white chocolate that’s gone for an arctic coconut blast. Beautiful! But it’s not just about the taste, it’s about the fact that you have single-handedly managed to create every single element of this recipe. It’s crazy! So yeah, don’t be put off by the million steps, instead, just relax and enjoy the process. Get your kitchen clean, decluttered and prepped. Read through the instructions a thousand times, write a quick note of the temperatures so you don’t need to keep on referring back to the recipe, and most of all just don’t stress. If your chocolate goes out of temper just start again. You might even want to make your chocolate before attempting this recipe and then carefully melt it down to the temperature required to coat the silicone mould. Sometimes that’s what I do too because the entire task feels too big to take head-on. Either way, try this recipe when you’ve got some spare and uninterrupted time to tackle this awesomeness! So without further ado, I present to you the recipe of all recipes – Raw Vegan Snowball Teacakes!

Feeling kinda festive? Why not give my Paleo and vegan Cranberry and Orange Meringue Pie or Star-Topped Mince Pies a whirl? Oh, and if you want to keep up to date with my deliciousness then why not sign up to my newsletter?! 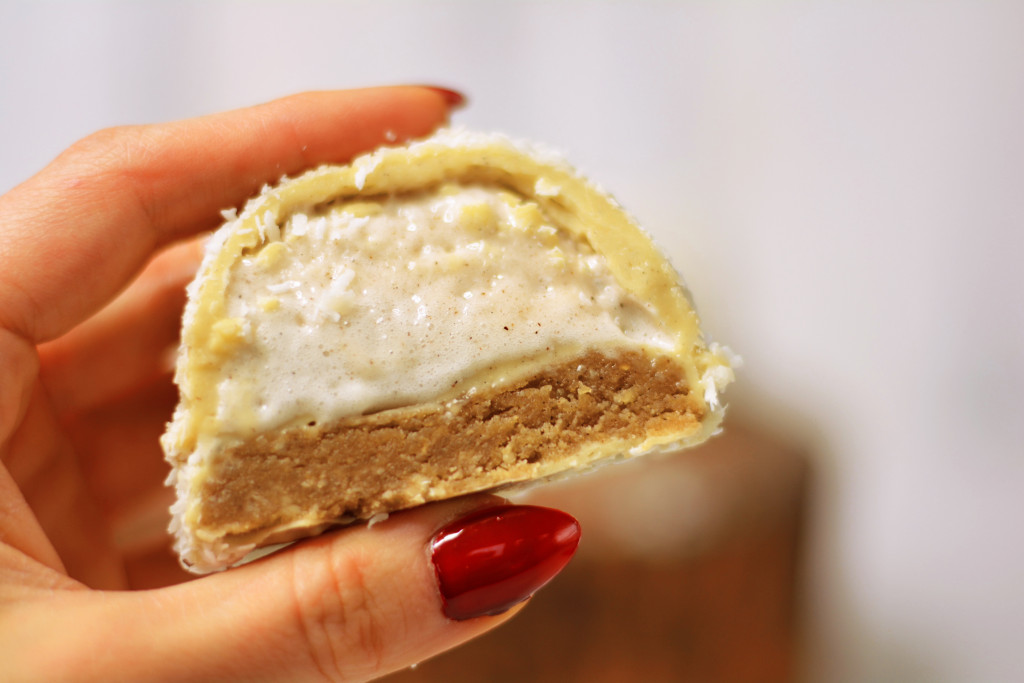 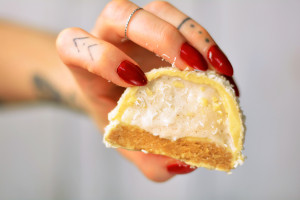 For the raw white chocolate layer:

For the vegan 'mallow':

Instructions
Notes
This recipe requires a Silikomart Silicone Mould Semi-Sphere (Extra Large, 70mm) or a similar equivalent and a decent stem thermometer - I used this Hygiplas one.

If you own a Vitamix or Blendtec you will not need to melt your cacao butter first -
you can actually throw all of your ingredients in and use the tamper stick until evenly melted. 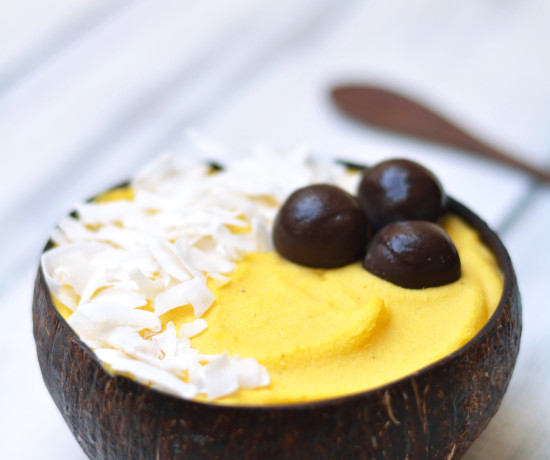 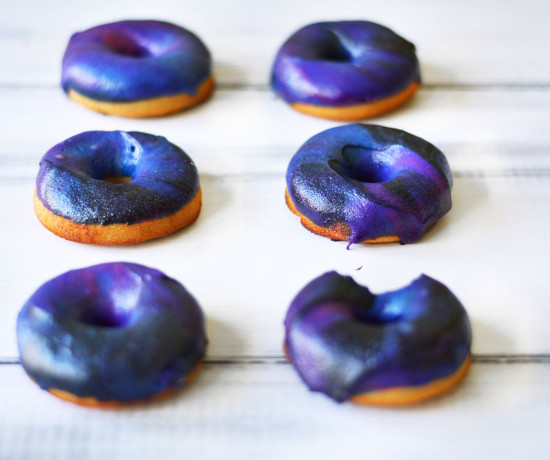 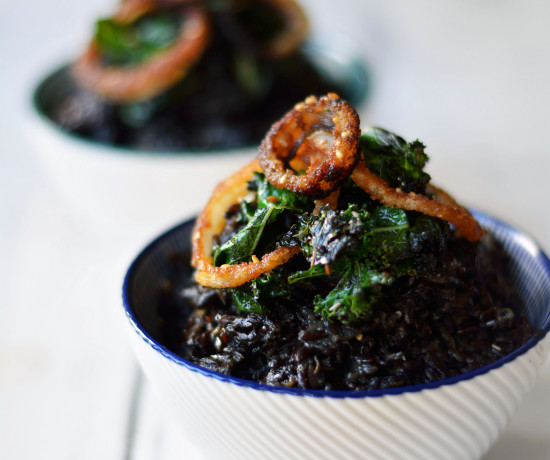