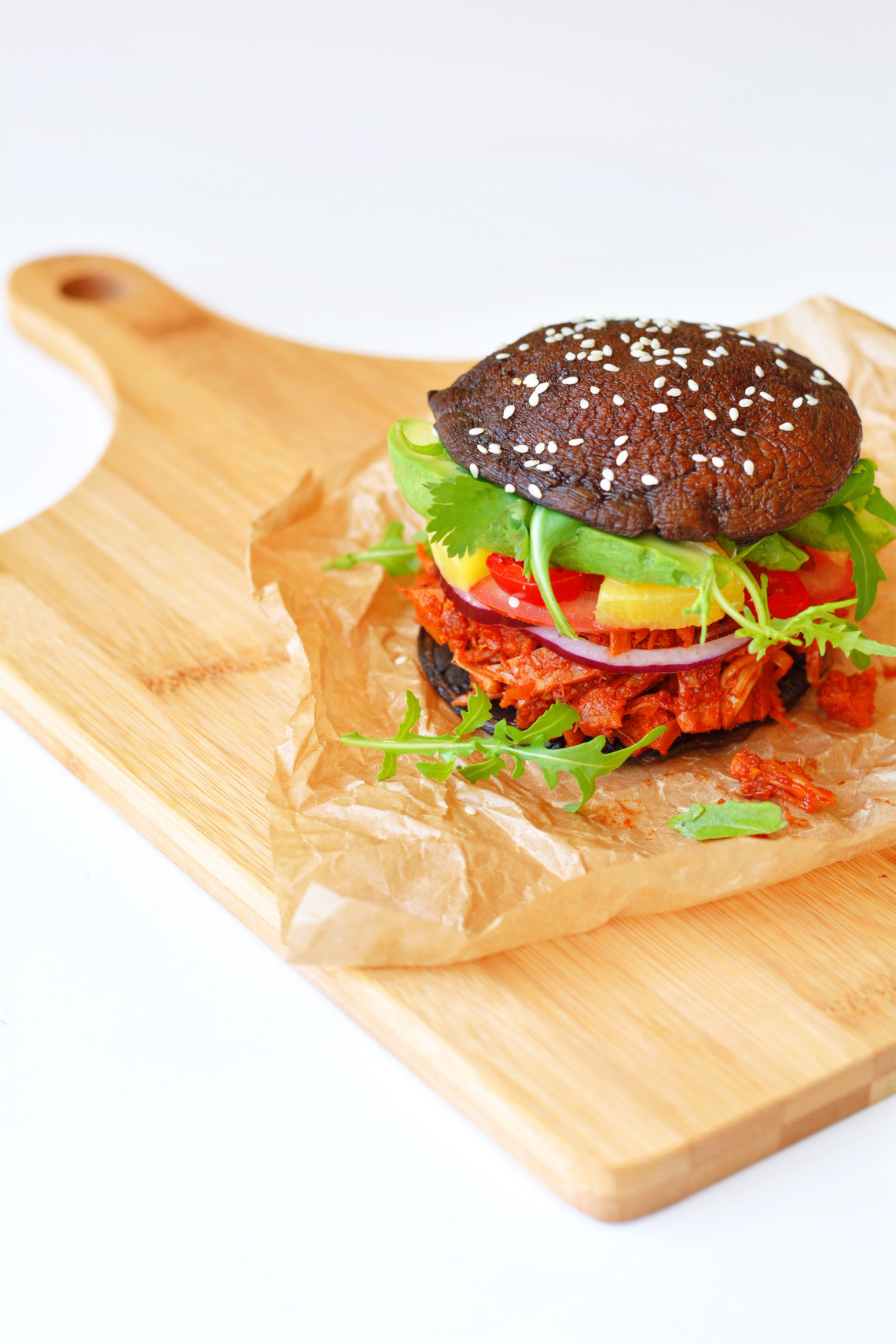 Over the past few years, jackfruit has fast become a vegan foodie hit. It’s often used as a meat substitute in certain dishes as after about an hour of cooking it starts to take on a meaty texture. So, that’s why not so long ago I whipped up a Sweet and Sour Jackfruit Chicken dish as it’s one of my fave take away dishes. Although I have never been a red meat fan, I’ve only tried it a couple of times in my youth, I do love BBQ flavours so I had to give Spicy BBQ Pulled Pork Jackfruit a try and load it up in some Portobello Buns for a Paleo twist on sliders. I was not disappointed.

These Spicy BBQ Pulled Pork Jackfruit Portobello Buns are a funky Paleo and vegan take on the traditional Pulled Pork Sliders. Perfect for a summer BBQ!

This dish is surprisingly easy to make – you just leave the jackfruit to cook with a variety of spices, coconut sugar, onion, and tomato and it starts to become tender and juicy. Once the liquid has fully reduced you remove from the heat and start using two forks to shred the jackfruit into something that resembles pulled pork. There are two parts to the jackfruit; a sort of meaty, tough core, and then the outer more fleshy part of the fruit which is the part that shreds. In a weird sort of way the texture kind of reminds me of a pineapple, although the flavour, when eaten on its own, is that of a watered down bubblegum.

I decided to make the BBQ sauce from scratch so this means no ketchup, no store bought BBQ sauce, no Worcestershire sauce, just all natural ingredients and a whole load of scrummy spices. For a really authentic, smoked BBQ taste I have recommended that you use Liquid Smoke – my favourite brand is Stubb’s Hickory Liquid Smoke. It contains the most natural ingredients out of the other brands I have found so far and I’m pretty sure that it’s suitable for vegans too. It’s a totally optional ingredient and the dish still tastes bloody amazing without it so don’t worry so much if it isn’t something you’re willing to add to your diet.

For the buns you simply remove the stalks from the mushrooms, massage in a little oil, place cap down on a lined baking tray, and then roast for 20 minutes or so until you achieve a nice meaty texture with the tops of the caps going a little crisp if you wish. I cooked mine until they were nicely dry and no more moisture was seeping out. You can intermittently drain off the moisture too to speed things up but also so that you can save a little bit of gorgeous mushroom stock. You could also add this to your jackfruit whilst it is cooking for an even meatier taste – if that’s your kinda bag of course. If you’re not Paleo or you just aren’t a mushroom fan then you can stuff your BBQ Pulled Pork into a baked sweet potato, use gluten-free wraps or coconut wraps, you can wrap it all in spring (collard) greens, and you can even eat it with some white rice or cauli rice! The options are endless!

Jackfruit isn’t a protein substitute, it contains roughly 1.5g protein per 100g, so when you’re making this meal be sure to throw in a handful of toasted nuts or prepare a protein-rich side. Toasted cashews or chopped toasted almonds are heavenly with this! Having said that though it’s a pretty darn nutritious fruit and contains plenty of vitamins C and A, B-complex vitamins, calcium, iron, lignans, and saponins. It is high in fructose though so don’t eat this too often. Oh, and you want to know something super amazing about jackfruit? It can grow up to a whopping 60cm in length and 75cm in diameter and weigh up to 45kg! Beastly!

So, I don’t think that I need to convince you how amazing this recipe is gonna be… it’s pretty awesome and easy to make. Even if you’re not vegan you have to give this a try, or if you have to make something for a future vegan BBQ this is what you gotta bring along! Enjoy!

Looking for more barbecue worthy treats? Why not try my Paleo Apple and Sultana Coleslaw and Healthy Strawberry Split Lollies? Oh, and if you want to keep up to date with my deliciousness then sign up for my newsletter and I’ll love you forever! 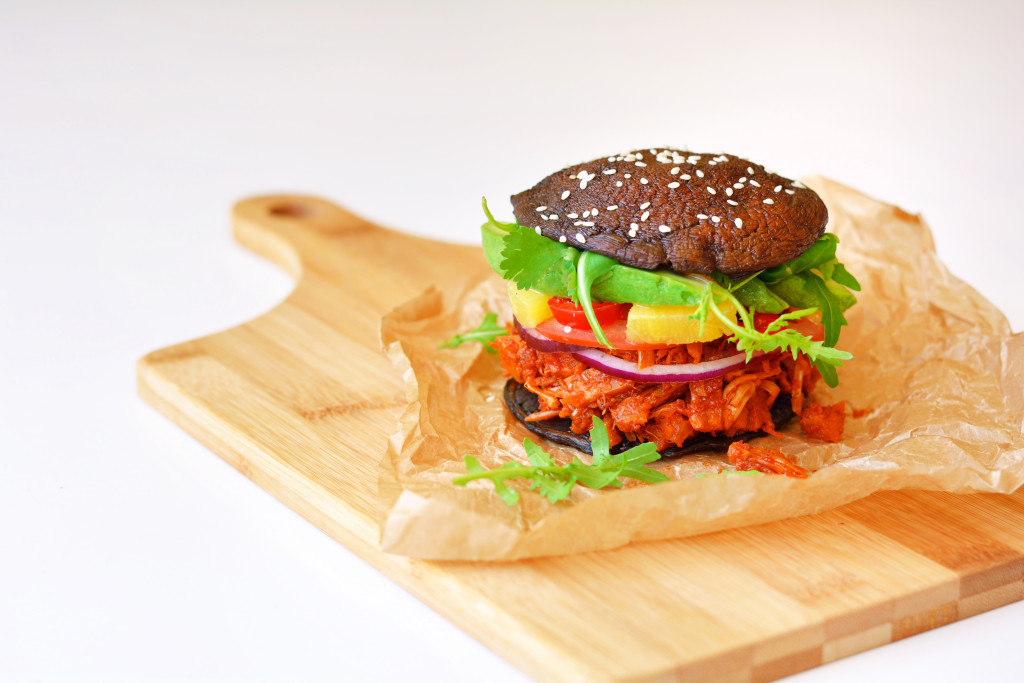 For the pulled 'pork':

For the Portobello Buns:

If you want to make shredding the jackfruit quicker then cut away the core from every jackfruit piece and either discard or finely slice before cooking!
3.5.3208 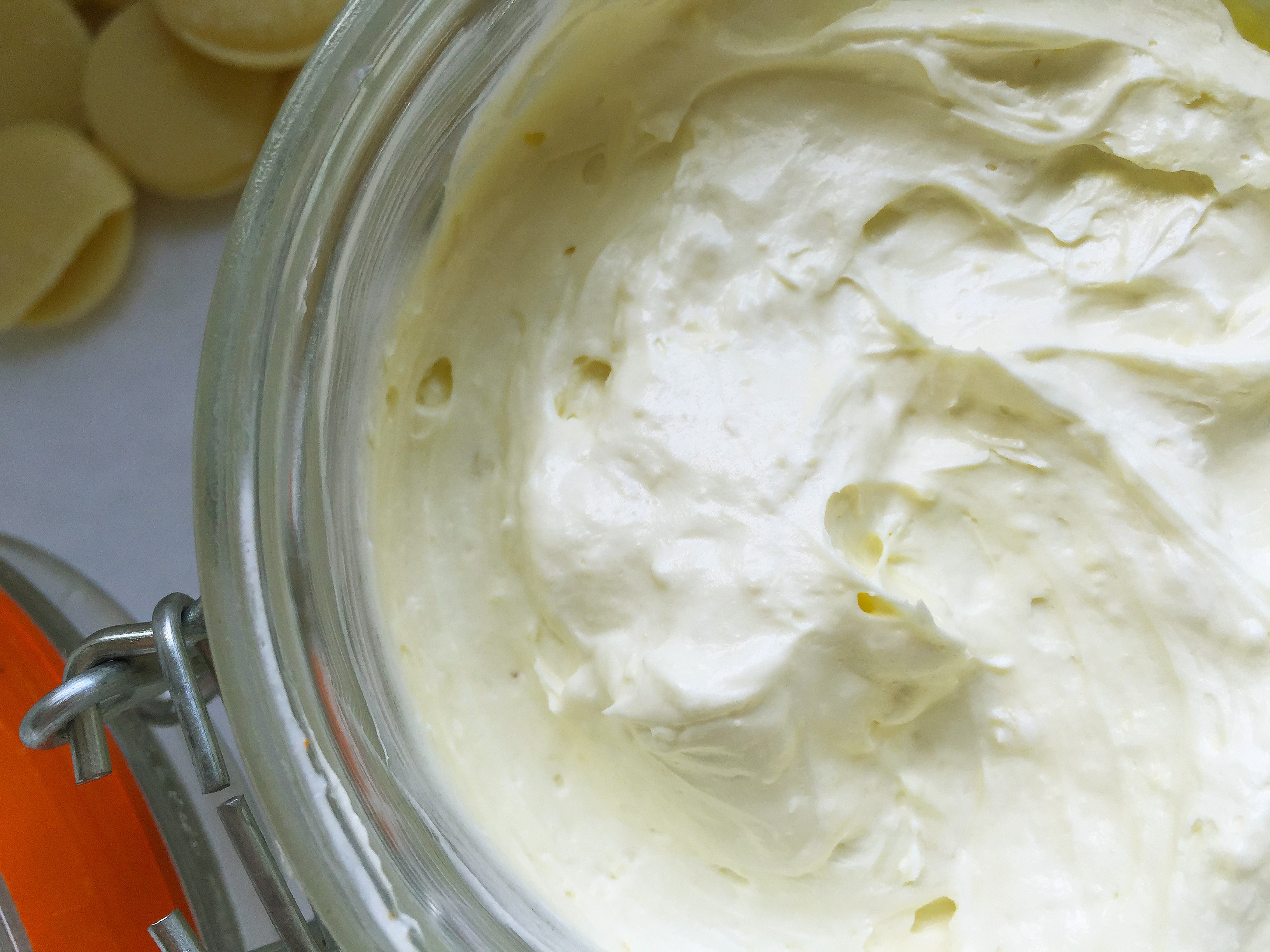 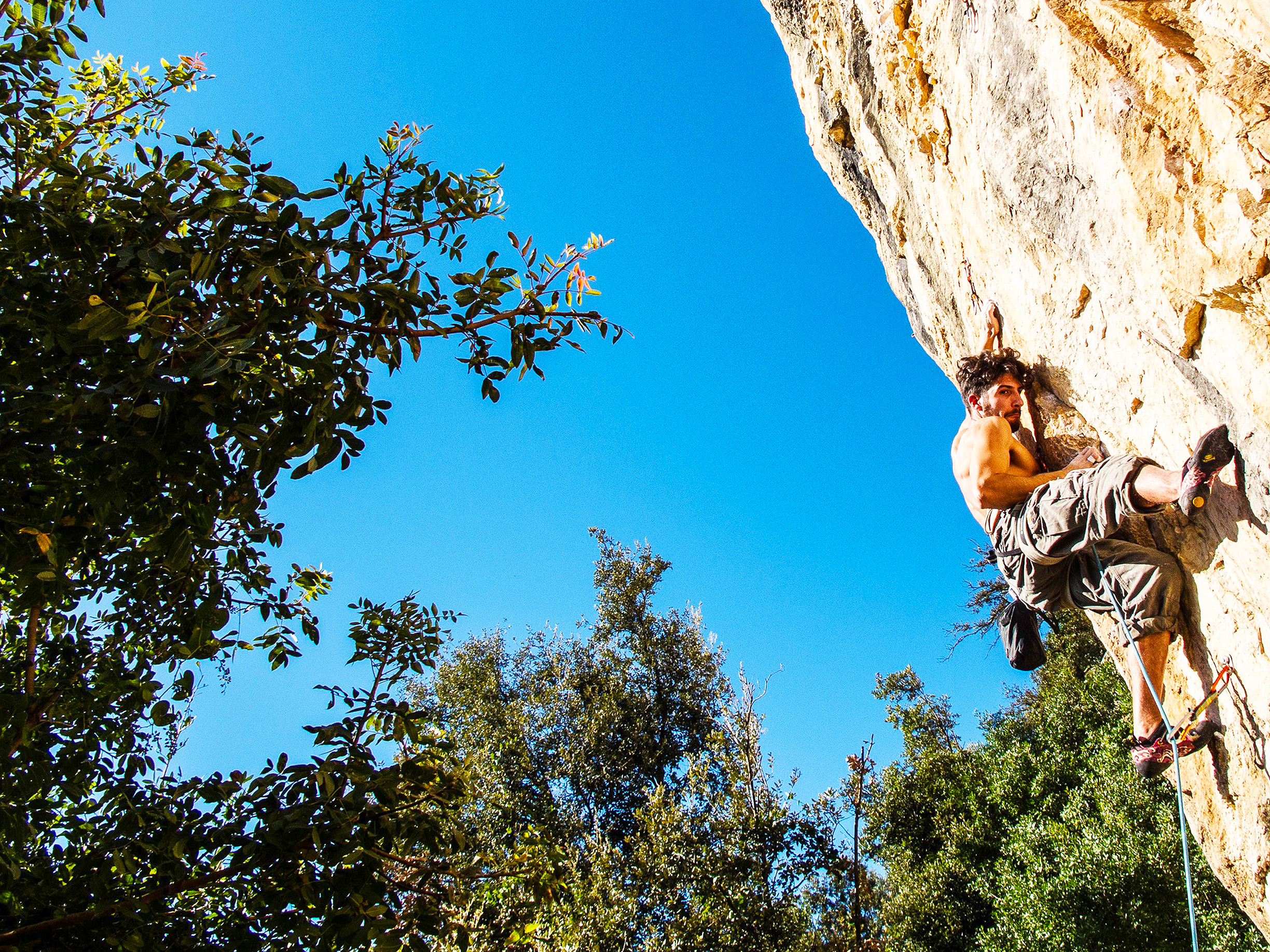 5 Ways to Increase Your Wrist, Forearm, and Grip Strength 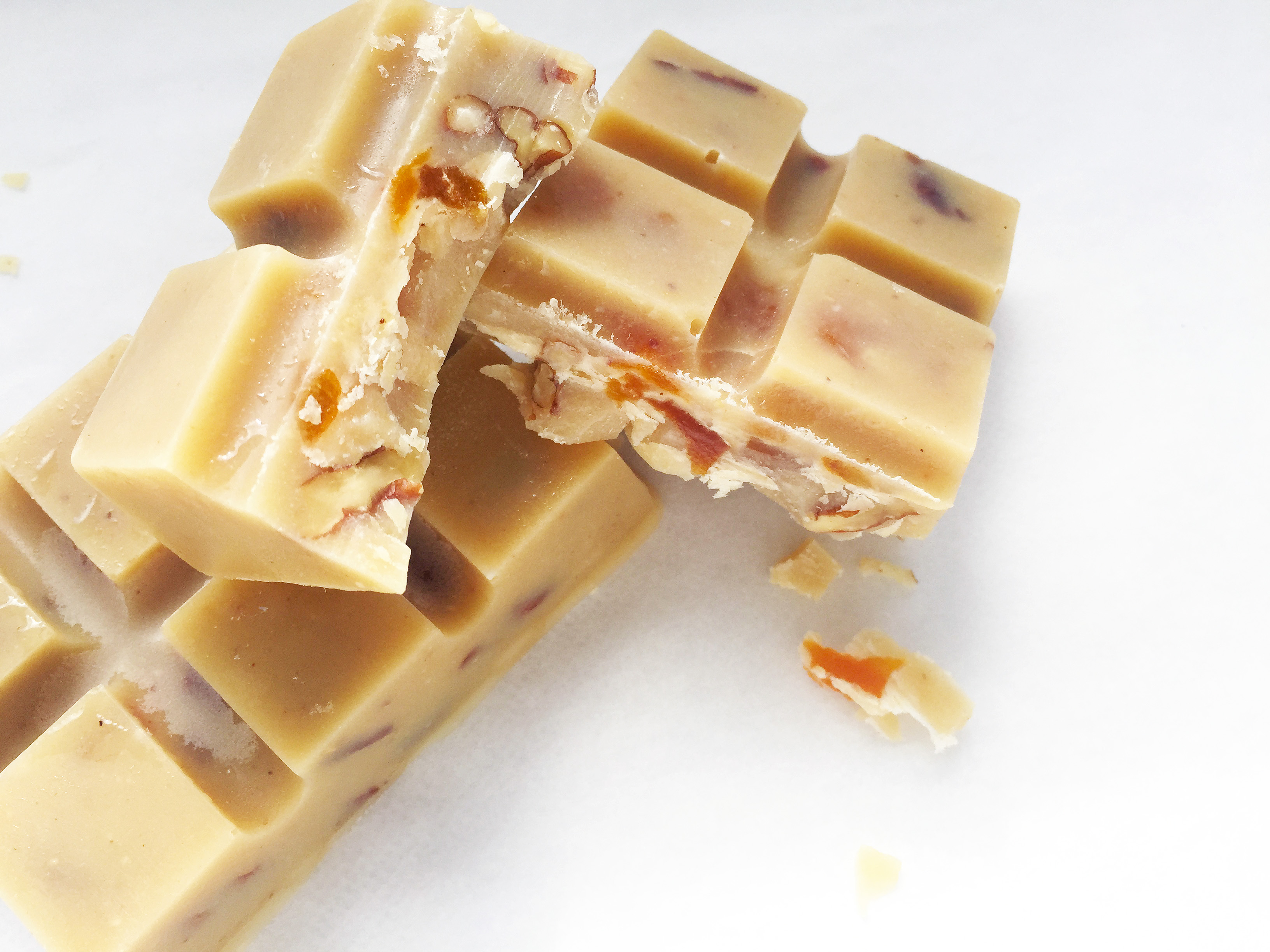