It’s that bitterly cold time of year when you can’t feel your toes and sleeping with a hot water bottle is a must! If you like to indulge in the odd glass of wine at night to de-stress then I’m guessing that’s probably starting to feel like it’s a little too cold to handle too. I’m not a big drinker, in fact I hadn’t drank any alcohol for 4 years up until last month when I decided to create this recipe.

Eat, drink, and be merry with this Mandarin Mulled Wine – the ultimate spiced Christmas explosion without the processed sugar!

Let’s face it – there’s nothing more comforting than Mulled Wine – with every beautiful and heart-warming flavour of Christmas uniting to bring you the ultimate glass of nostaligia. When you start brewing it up in the pan it’s like a winter olfactory explosion has erupted in your kitchen and memories of Christmas cheer begin rustling their way through your mind. It’s time to grab those wooly jumpers, your favourite chunky mug, and get making my Mandarin Mulled Wine!

My version takes a slight twist on the classic mulled wine with the addition of mandarin juice and ginger wine. I know that most people feel that the addition of fruit juice creates a somewhat acidic end product but the sweetness of mandarin compliments the ever so slightly oaky flavour of my Argentinian Malbec. If you can’t get mandarins then some super sweet clementines would work well too. 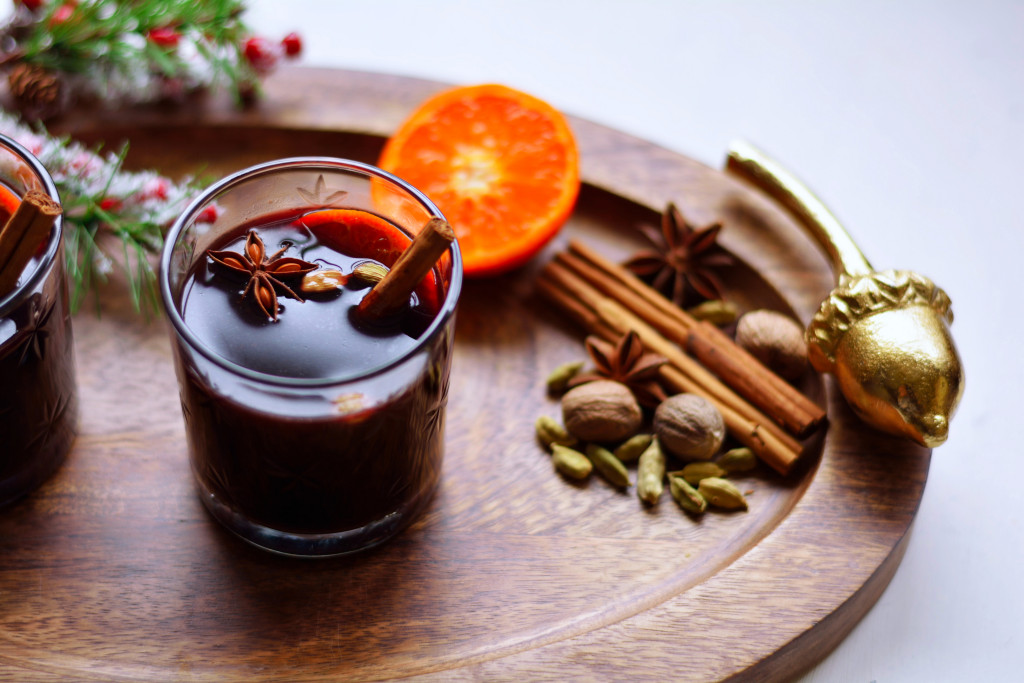 Now, I know that un-oaked wines are traditionally used when making mulled wine but for me the sweetness is almost too cloying and overbearing to handle (a drawback of having such a clean diet) so I’ve opted for a young Malbec whose oaky flavours lean toward the side of subtlety but are also just enough to prevent the sweetness from becoming too cloying and overpowering.

This recipe requires you to make a sugar syrup base before adding your left over wine, the reason for doing so is to ensure that the beautiful flavours of the spices infuse into the wine and that you prevent burning off the alcohol, because nobody would want that now would they?! If you decide to bottle up your syrup to use a few days later just make sure you use a fresh bottle of wine when warming!

You can easily adapt this recipe – maybe leave out the vanilla for a slightly less sweet flavour or throw in some extra star anise. This is so easy to make your own so please do play around a little until you get your perfect Christmas Mulled Wine! 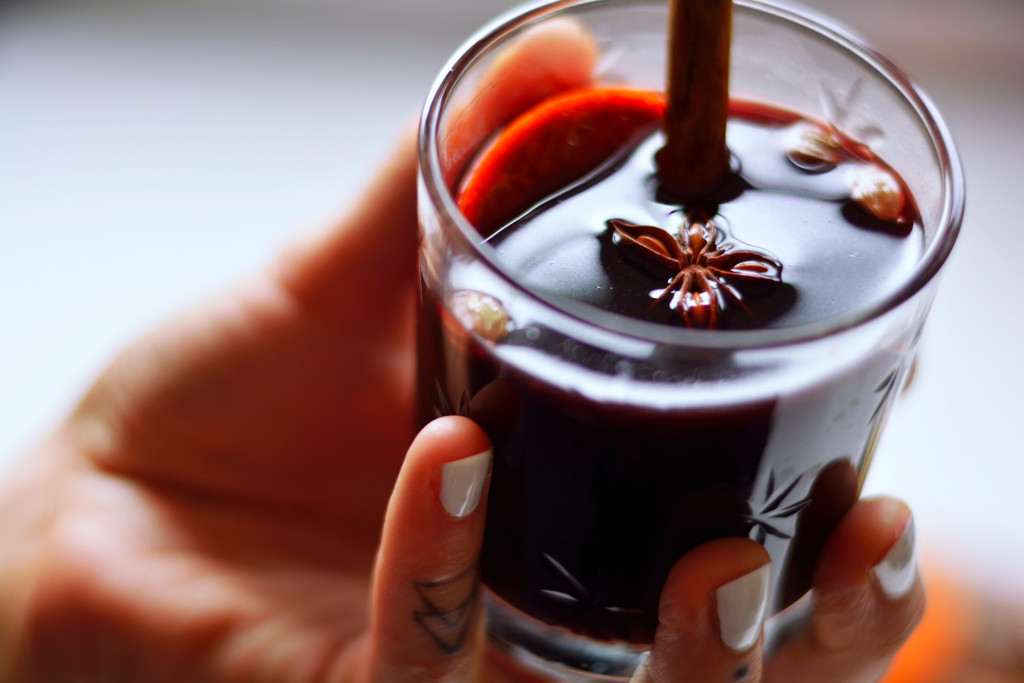 Feeling the Christmas vibe? Why not try my Paleo Lebkuchen or Caramel Custard Trifle? 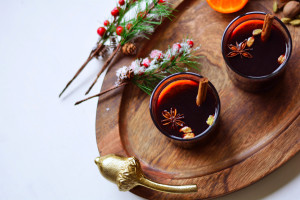 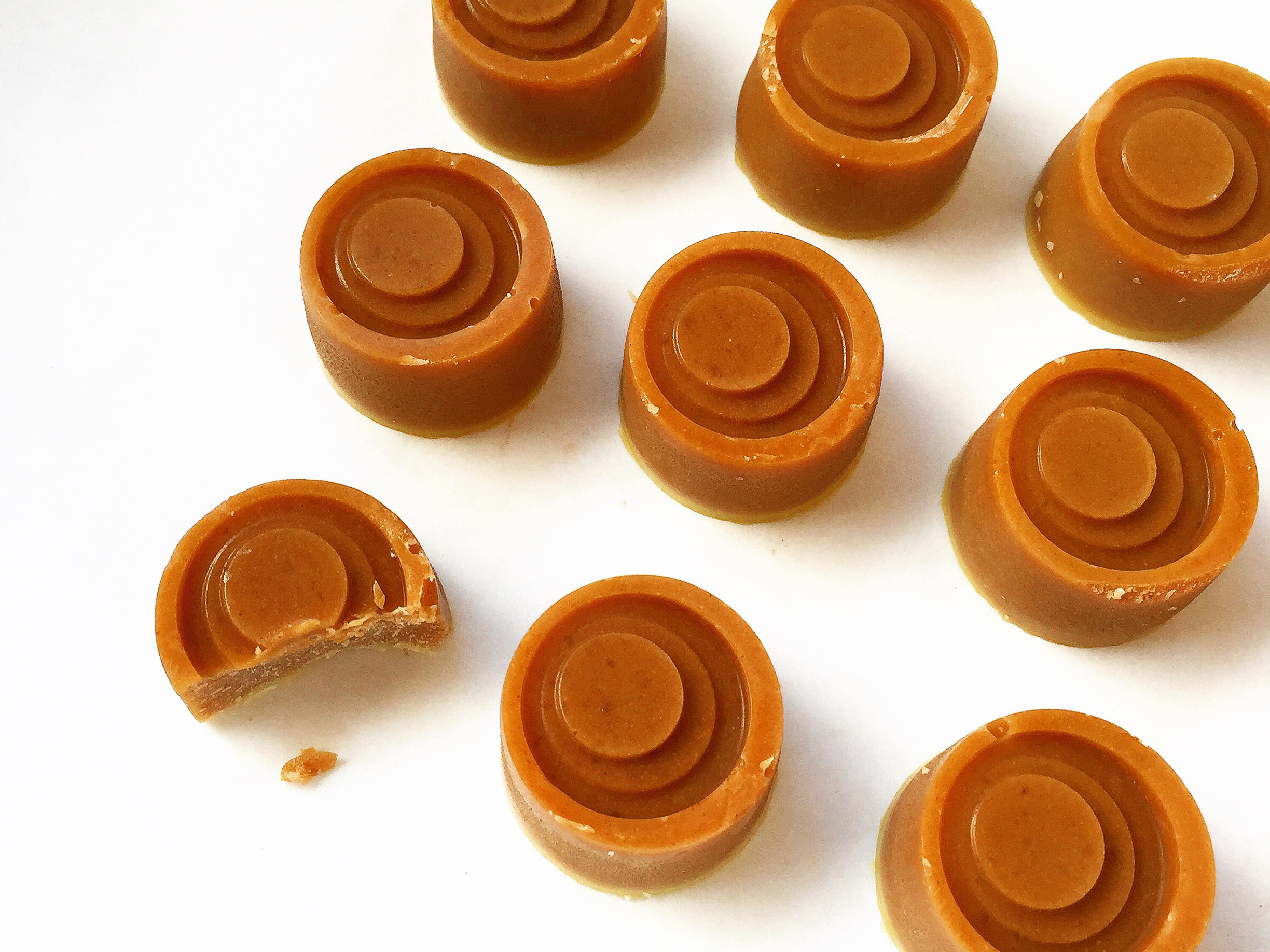 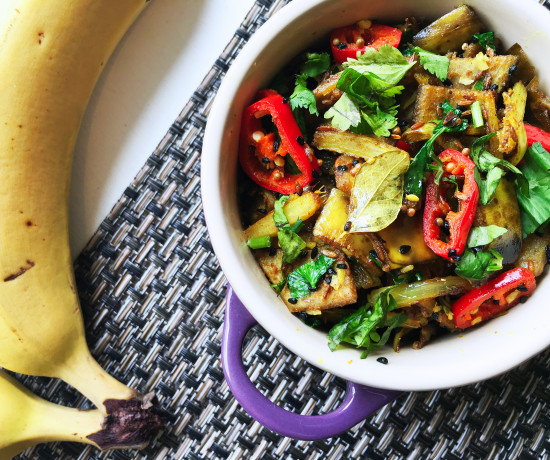 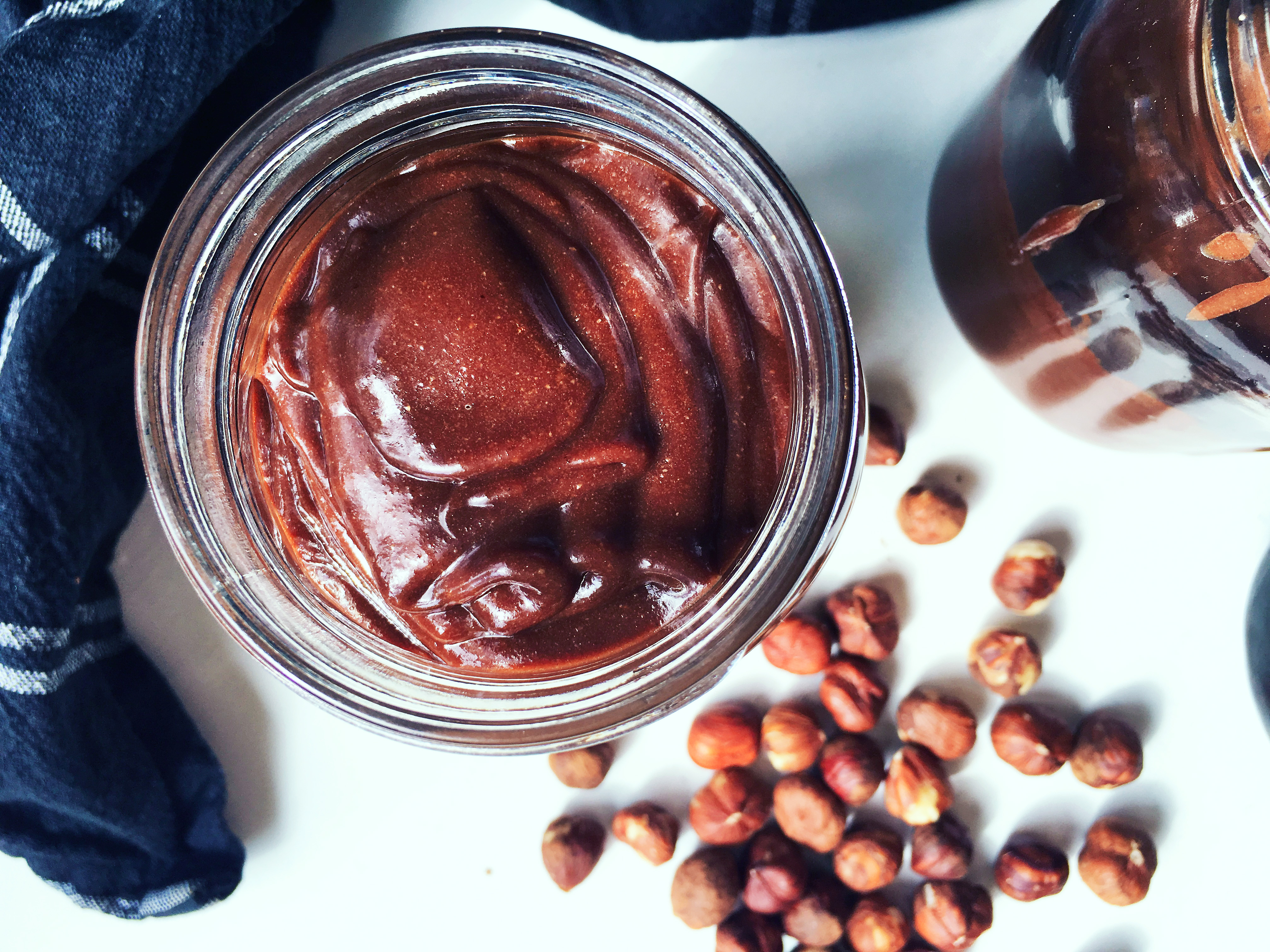