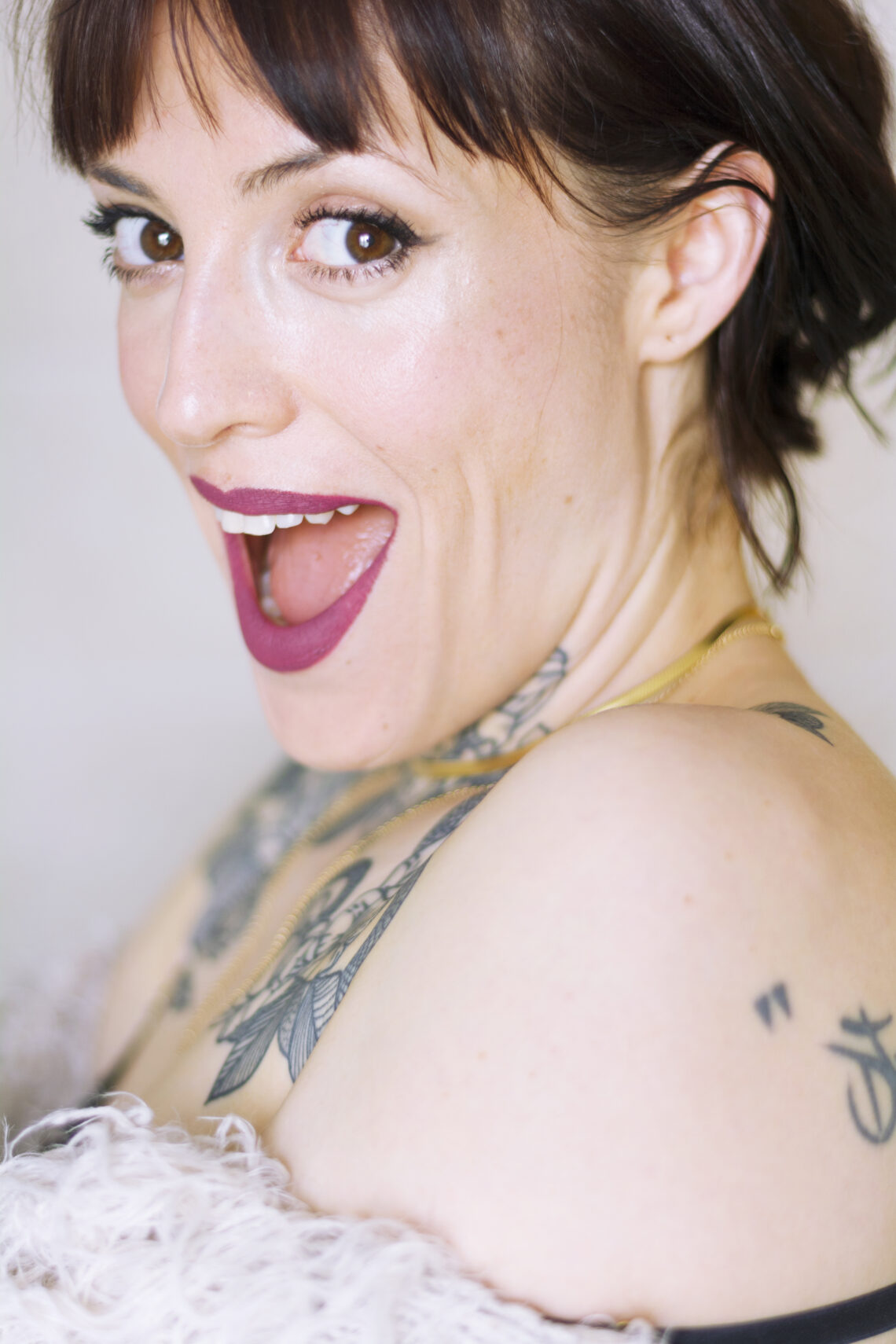 Who the Hell Am I?

I’m a fresh-faced, award-winning blogger, freelance writer, and recipe developer whose work has been published by leading UK healthy living magazines such as; Natural Health, Free-from Heaven, Vegan Food and Living, and The Funky Raw Magazine. Not only do I specialise in recipe development centring around adaptogenic herbs and CBD oil, but I also love talking about nutrition, fitness, health, and well-being. I was one of the first UK bloggers to create CBD recipes and it has slowly become my main passion and focus. I follow a largely Pegan (Paleo and vegan) diet so you’ll find that all of my recipes cater toward that market, making them suitable for almost anyone. If you’d like to see examples of my work, both for online and print media, then head on over to my ‘Press’ page.

Why Greens of the Stone Age?

I grew up eating a ‘healthy’ vegetarian diet, you know – a bucket load of whole grains and low-fat foods. When I was 4 I became incredibly ill, at first doctors didn’t have an explanation for this, I was then diagnosed with a super rare autoimmune disease called Henoch Schonlein Purpura at the young age of 7. I spent a large part of my childhood in and out of the hospital, and I was encouraged to stay practically inactive – at sometimes I had to even use a wheelchair.

As I left my teen years I was a little bit on the chunky side and although I was no longer drastically ill I did suffer from frequent flares. After the birth of my 1st child at the young age of 19, these flares became increasingly worse. I spent a huge time just surviving and daily pain became my norm. As I grew older I started to become more active, I loved being active as a child and hated being told to rest. As my activity levels increased I found something interesting happened – my pain decreased, however when I pushed myself too hard a flare would always put me out of action.

In 2012 a friend of mine introduced me to the Paleo diet. Everything about it seemed like a no-brainer. I ditched my old whole foods vegetarian diet and went grain, gluten, and processed anything free. I also rather reluctantly introduced chicken into my diet which took me so long to adapt to. After a few years of eating chicken I couldn’t go through with it anymore, the ethics played on my mind and I knew that if it really came down to it I wouldn’t be able to kill one myself. I decided to go pescatarian and Paleo instead. This seemed to still keep my autoimmune disease at bay but I still struggled with the ethics of this. I started to realise that there weren’t any blogs that catered to a Paleo and plant-based way of living and that’s when Greens of the Stone Age was born. I wanted to prove that no matter what your diet was like you could still eat largely plant-based and reap the benefits of anti-inflammatory and nutrient-rich foods. (To find out more about the Paleo diet just click here.)

I became a mad scientist and cooking became not only a huge passion of mine but it became my life. I love sharing my passion for cooking, Paleofying food, and exploring veganism within the Paleo diet and along the way I have helped many friends to take a more holistic approach to their hectic lifestyles. I further expanded upon my love of the Paleo way of living by setting up Primal Eye Magazine – the UK’s 1st online Paleo lifestyle magazine. Although I loved this venture I decided to give it up as it became a project larger than I could handle myself. I still pay for hosting so that people can make use of the information and articles written by some of the most influential and talented people on the UK Paleo scene.

You’re probably wondering why I chose a bear for my logo considering it isn’t very Paleolithic but I love Native American culture. Bears are symbols of adaptability, power, strength, and wisdom to many Native Americans and are also considered as medicine beings with healing powers. As bears often continue fighting after being seriously injured it was believed that they were capable of healing their own wounds. I felt like this was fitting for me as it has taken me years of strength and wisdom to power through and become what I am today. In a way, I have healed my own wounds through the use of food and movement and I can’t think of a better symbolic representation than my little green bear.

The long and short of it is no, no I am not vegan. I guess if I had to sum it up I’m kind of flexitarian but never with meat produce. I have recently been eating vegan and vegetarian most days, probably for the past 6 months due to lack of money but also for my want of a more ethical life. I can’t say that it’s gone so well for me – I have begun to suffer from daily joint pains again and my energy levels are much lower. I try to eat fish once a month, I know that to keep my autoimmune disease pain levels at a bare minimum that this is what I have to do. My daily diet includes grass-fed organic dairy and soaked and sprouted beans but I’m still grain, gluten, dairy, and processed fat and sugar-free. I eat a lot of sweet potatoes and vegetables to ensure that my diet is packed full of nutrients.

To be fully in remission the hard truth is that I’d need to consume fish a few times a week and cut the beans completely, and I find that sticking to a high-fat diet with less than 100g of carbs a day is my ideal diet. For this reason, I try to alternate the two diets throughout the year. This may sound daft to some or it may anger my vegan friends but I’ve been through so much trial and error and I know that I have to do what is best for me both mentally and physically.

Now that I’ve got the boring and professional stuff out of the way I thought it would be nice to really introduce myself.

I’m a 30 something-year-old mother of 3 hell-bent demons and I also live with my 2 cheeky Siamese cats, a snow-white Husky, and a super happy yappy Jackahuahua. I am a whole lot British, a little bit Middle Eastern and Eastern European with roots in Israel and Poland – and god knows where else – but I know it’s a little more extensive than this.

As I grew up so multiculturally I have never felt that I have a cultural identity as such, I don’t feel I belong to any of the cultures in my bloodline so I have kind of created my own cultural identity. I have a great interest in Japanese and Native American culture and martial arts. I became a blue belt in BJJ but had to give this up when I moved to another area and I am still heartbroken to this day.

I have studied Cinematography and Biochemistry (although never graduated) and worked in many different fields of work from retail to maternity.  I love all forms of art, film, and music but my heart lies with hip-hop, soul, and funk (and no not that mainstream cheesy stuff, the REAL kind!).

I’m a lover and a fighter, I don’t like to give up, and I love a challenge. I tend to want to do everything and anything which means I ultimately never become an expert at anything but it does mean that I have a lot of fun doing so and I think that is ultimately what life is all about.  Being super active I partake in pretty much anything such as good old-fashioned callisthenics,  yoga, kettlebells, BJJ, running, ballet, skipping, indoor bouldering, Krav Maga, MMA/Thai boxing and most recently Crossfit and hula hooping… I know, what a mouthful right?!

So, if I haven’t frightened you away yet then I hope you will join me and enjoy my passion for food and the Pegan lifestyle, and if I manage to help or inspire you along the way then I will be more than elated! Feel free to say hello using the comments box below or get in touch via my contact page.