I have been obsessed with purple sweet potatoes for an incredibly long time – they’re just so vibrant in colour and have the most beautiful taste and texture that I can only liken to roasted chestnuts. They are however quite hard to source within in the UK – I originally bought mine from Riverford Organic when they were in season but you can find them quite often on Ocado too. Although I have to say that the quality of Riverford’s was far superior. If you’re one of my US based readers then you’ll probably find them easy enough to source or even Okinawan sweet potatoes which will yield a more traditional result.

I really like to eat mine mashed with some coconut cream, grass-fed butter, and cinnamon but I have had my eye on a traditional Hawaiian dessert – Purple Sweet Potato Haupia Pie. It’s a pie like no other – a dreamy macadamia shortbread crust, filled with a silky smooth purple sweet potato custard, all topped with a bright white haupia pudding that is as light as a feather. Now haupia is a bit new to me, and I’m guessing it’s probably a bit new to a lot you too, but the best way to describe it is like a super refreshing Angel Delight style pudding that honestly makes the entire dessert taste a-mazing.  It’s incredibly soothing and it’s just not as heavy as whipped cream or even whipped coconut cream. This pie isn’t to be enjoyed hot – it’s to be enjoyed chilled to the bone whilst you bask in the summer sun. Or if you’re like me, whilst laying in bed watching TV and drinking a hot beverage of my choosing.

I used a combination of both macadamias and desiccated coconut for my base (along with a lot of other things) and I also used erythritol and light agave to keep the colours vivid but you can of course switch any of these up for maple or coconut sugar products. If you’re a xylitol fan you could use that too but I find it a little too cooling and melty for these kinds of desserts. 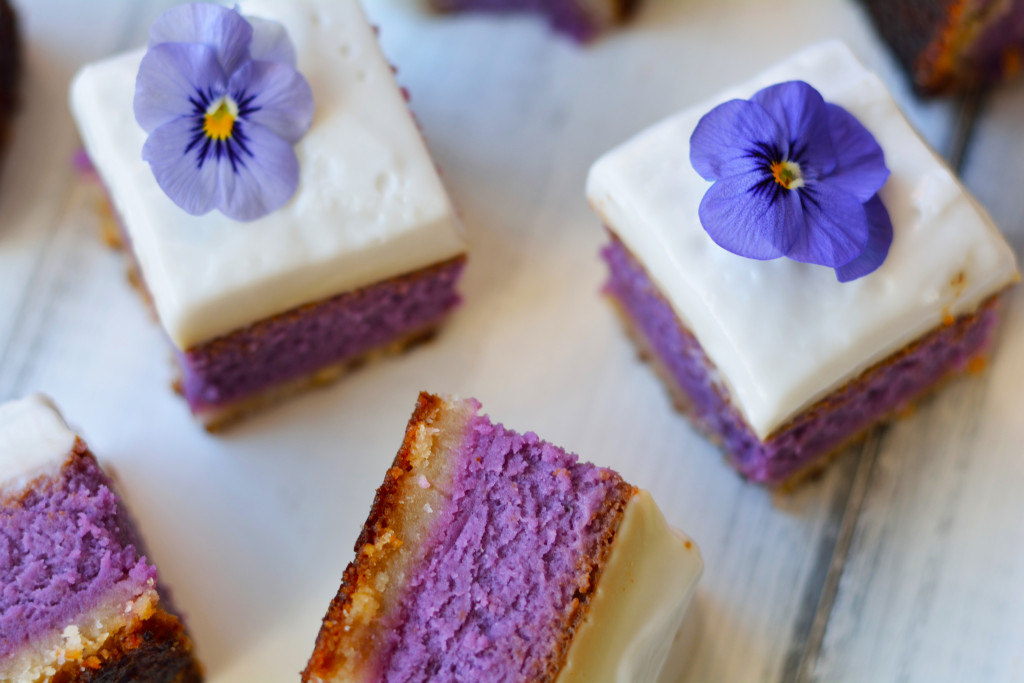 Photographing this was both a dream and a nightmare – the haupia, although set, did want to eventually obey the laws of gravity and slide down onto my gorgeous board, Anya was trying get her cheeky little monkey hands into shot every 5 seconds to steal a piece, and well… I had to resist temptation up until the very end but boy was it worth it. Every bite was rich yet refreshing, and the colour was just so soothing to look at. I think next time I’ll try and make a slightly thicker haupia to see what that’s like in comparison and to be honest I really want to dabble with just making those traditional haupia pudding squares too.

But anyways enough of my unnecessary waffling, I’d really love to know what you guys think of this recipe and I’m really open to recipe suggestions for purple sweet potatoes so please do give me a shout using the comments box below.

Are you also a bit pie crazy? Why not try my Beetroot Pie with Vanilla Creme or Paleo Pecan Pie? 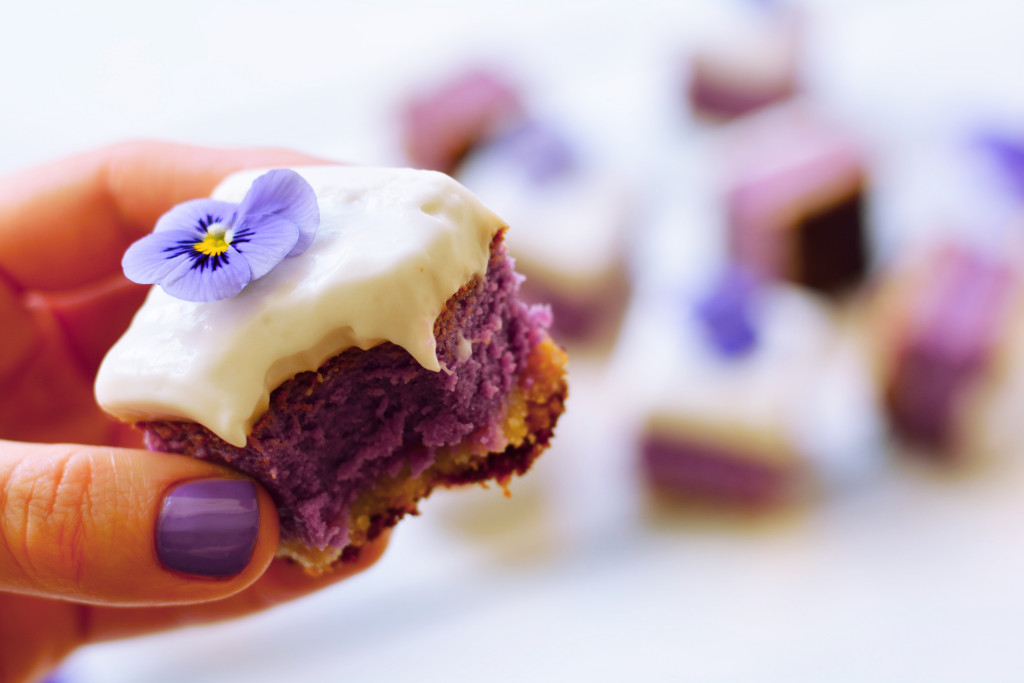 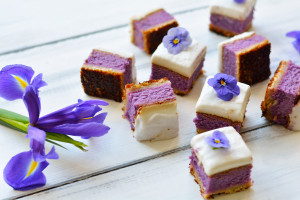 Instructions
Notes
If you can't find purple sweet potatoes then regular ones will do the job too. Just reduce or increase the sweetness as you wish. 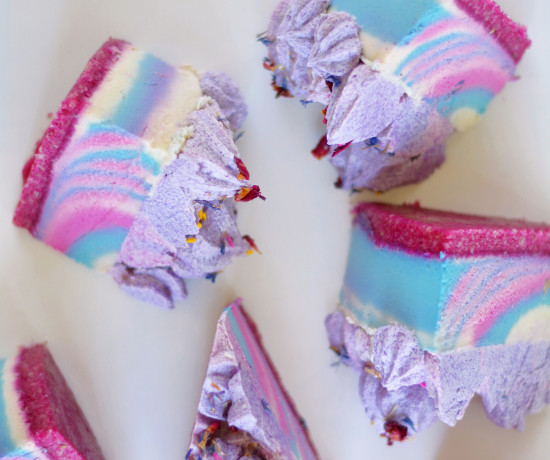 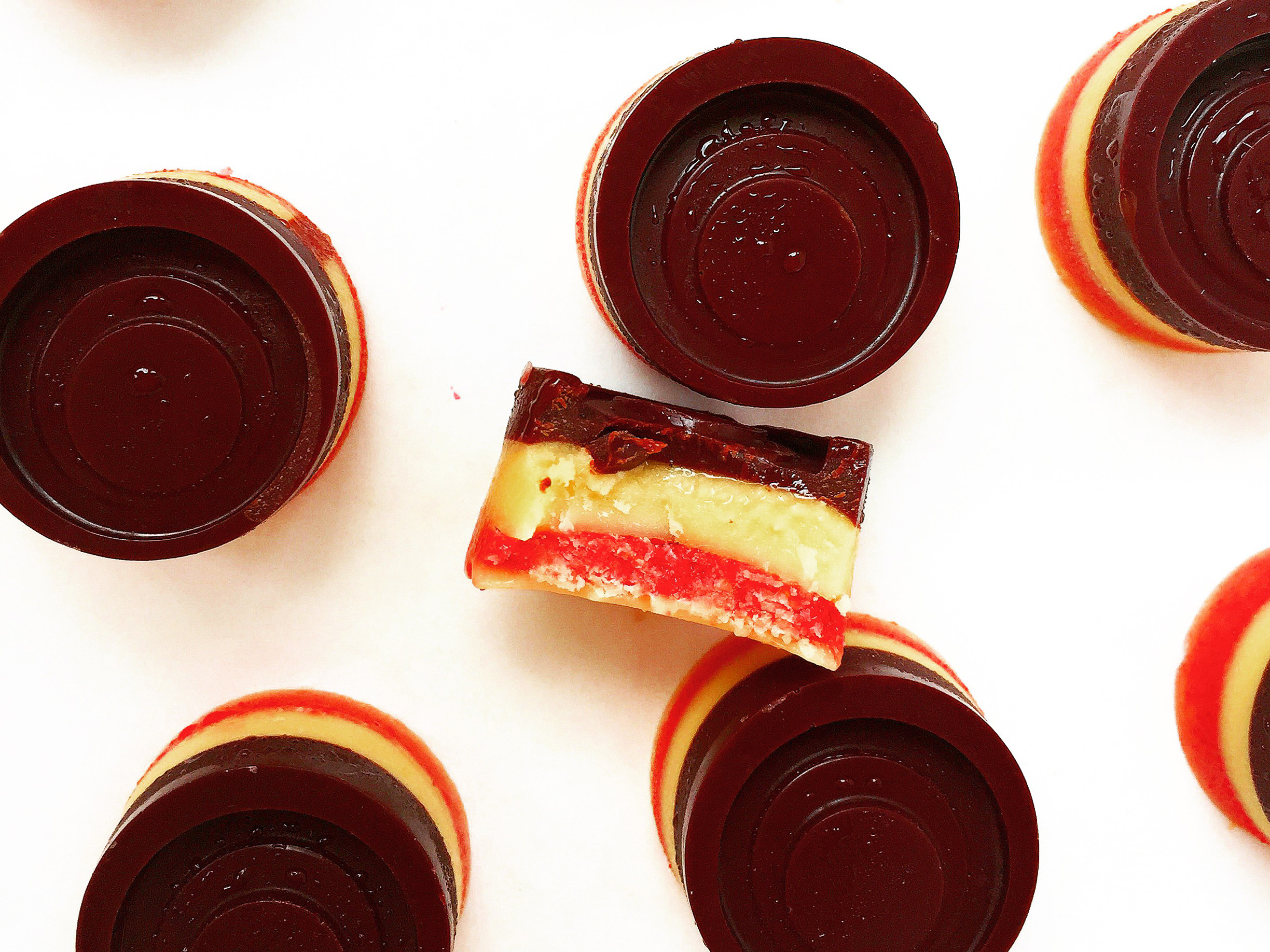 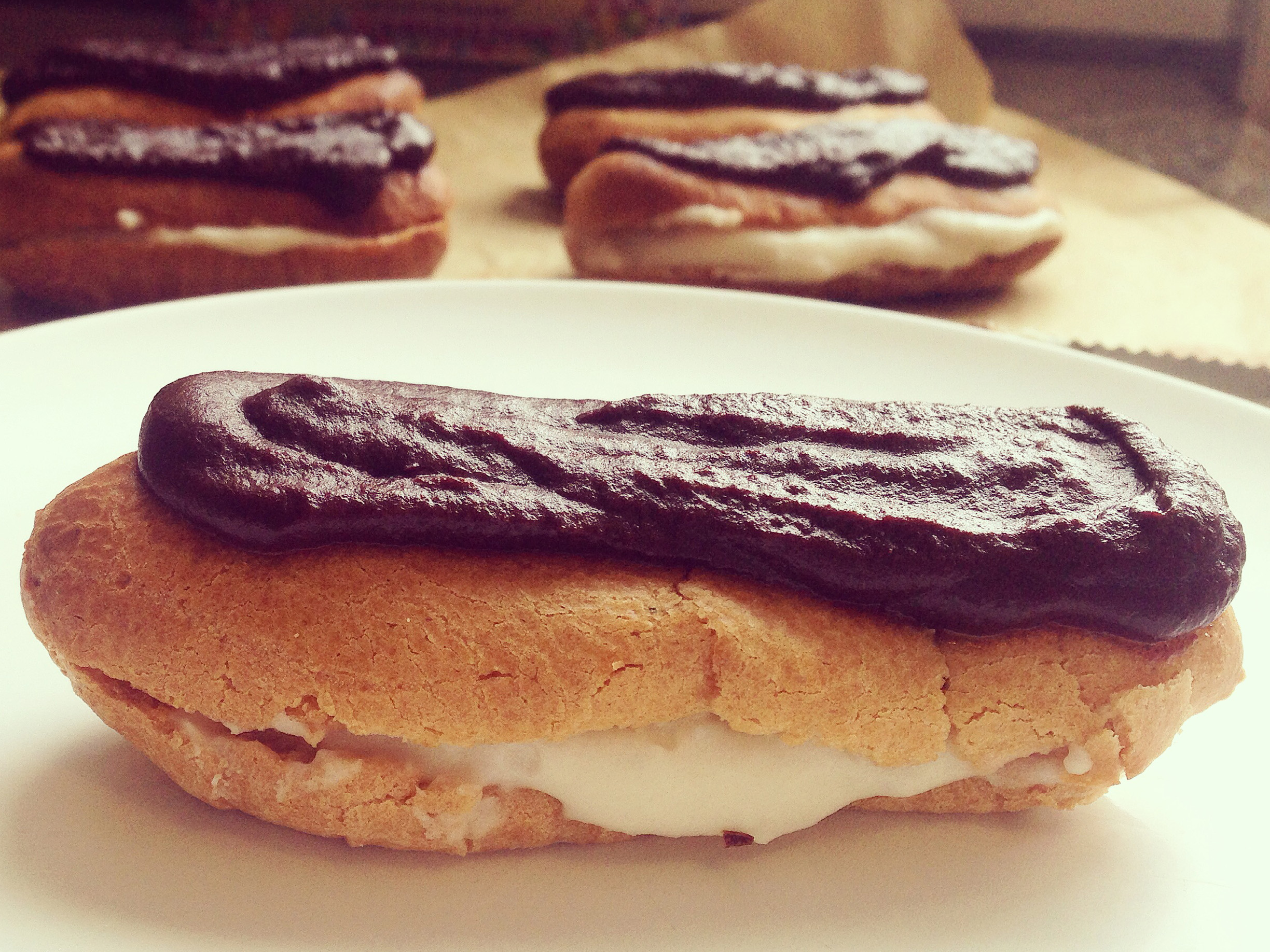