So it’s Pancake Day on Tuesday and I fancied something a little different. I do love pancakes but the internet is currently littered with thousands of healthy, Paleo and gluten-free pancake recipes so I thought maybe this year I should bring you something a little more interesting – Chocolate Crumpets! My Paleo Crumpets have been such a hit that I thought they could do with a little upgrade anyways, and I couldn’t figure out how until I saw an article about Knead Bakery (thanks for the inspiration guys) launching their chocolate crumpets in selected Selfridges stores. I mean what could be better than adding a hefty dose of chocolate to the beloved British crumpet?!

If a brownie and a crumpet had babies they’d totally be these ultra decadent, but healthy, Chocolate Crumpets. Perfect for Pancake Day or just for a good old fashioned nosh.

I’ve treated my Chocolate Crumpet recipe a little like a brownie and added in melted chocolate instead of cacao powder but you can do this if your prefer (you’ll need about 3 tbsp). I used 90% Lindt in mine but feel free to use 85% if 90% seems a little too bitter for your tastes. You can also reduce the amount of chocolate, using anywhere from 50g upward – and that’s the real beauty of this recipe – it is fully customisable to your own personal preferences. Just make sure that you add less liquid to obtain the correct texture if reducing your chocolate. 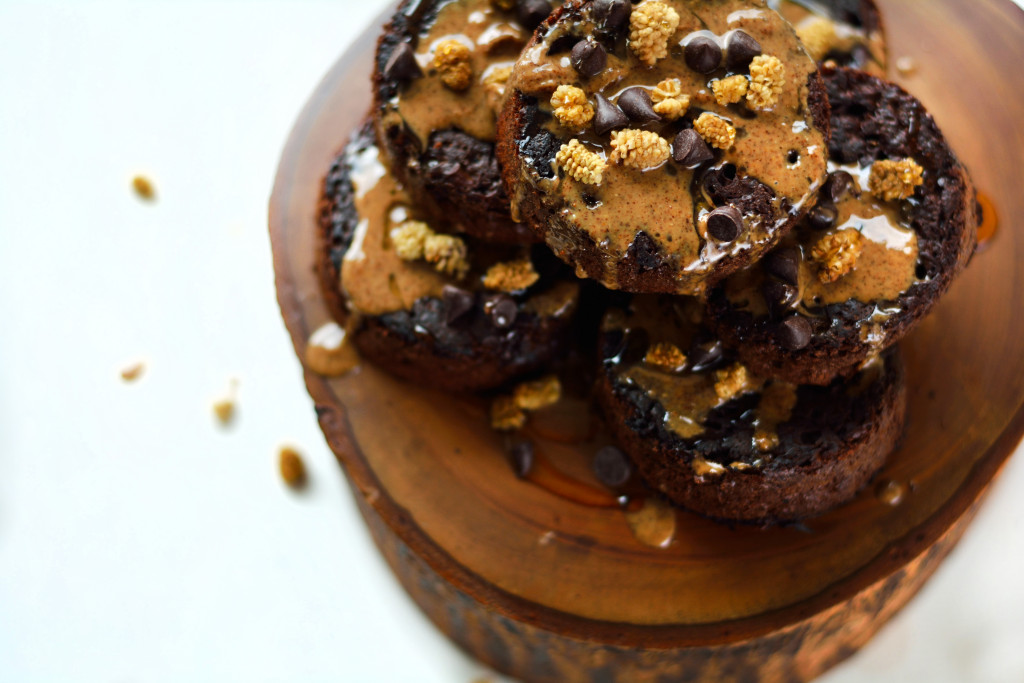 It’s hard to describe the texture of these Chocolate Crumpets, they’ve definitely got the chew of the traditional crumpet, ever so slightly cake-y but still crumpet-y, and they pack a superbly brownie like flavour that’s rich but not too overpowering. I really enjoyed them when hot or cold, toasted or just lightly warmed in the oven or microwave – it really didn’t matter because they were A-MAZING.

…the chew of the traditional crumpet, ever so slightly cake-y but still crumpet-y, and they pack a superbly brownie like flavour that’s rich but not too overpowering…

They’re the most versatile crumpets that I’ve ever eaten and certainly the tastiest. I couldn’t help but drape mine in lashings of almond butter and agave nectar, a rare treat in my house, giving them a golden syrup like kick. I topped them off with a few organic dried mulberries and pure cacao paste drops to counteract the sweetness, adding to the depth and richness of the chocolate. One thing that I did find made them taste literally epic, was to leave them to fully cool down after cooking and then heat them up again as when you first cook them they almost seem too soft in the middle. 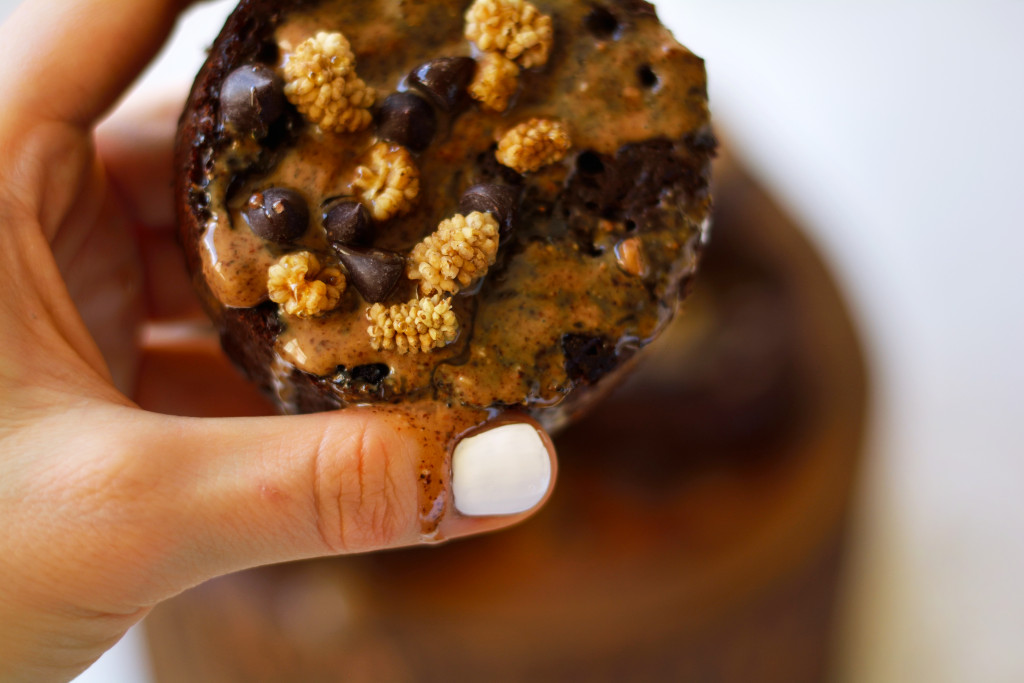 I really struggled to photograph these – I picked up a super cheap collapsible reflector from Amazon that’s helping to fight the awful British glum lighting that we are currently blessed with – which was great but holding a crumpet steady in one hand, a remote in another, and a reflector between your knees to get the perfect shot of crumpet-y goodness was less than enjoyable. I picked up that fab little polished tree stump from TX Maxx of all places for a bargain of just £7.99 and I think that it is definitely my favourite new prop to play with.

So anyway, I have nattered on more than usual with my blog post, this could be because I’ve had a glass of the most amazing organic Cabernet Sauvignon, or maybe just because I got to eat a couple of uber delicious chocolate-y crumpets (I’m a self professed chocolate addict), or possibly the two combined. Either way I’m in a pretty good mood and can’t wait to make these again, although it’s back to keto for me on Pancake Day (sigh) so I’ll be making myself some quick and easy keto pancakes.

If you like chocolate and you like crumpets then make these for Pancake Day, or for whenever you want to have a super yummy treat. Let me know what you would slather on your Chocolate Crumpets in the comments box below, or even better if you’ve made these beauties tell me what you thought of them! 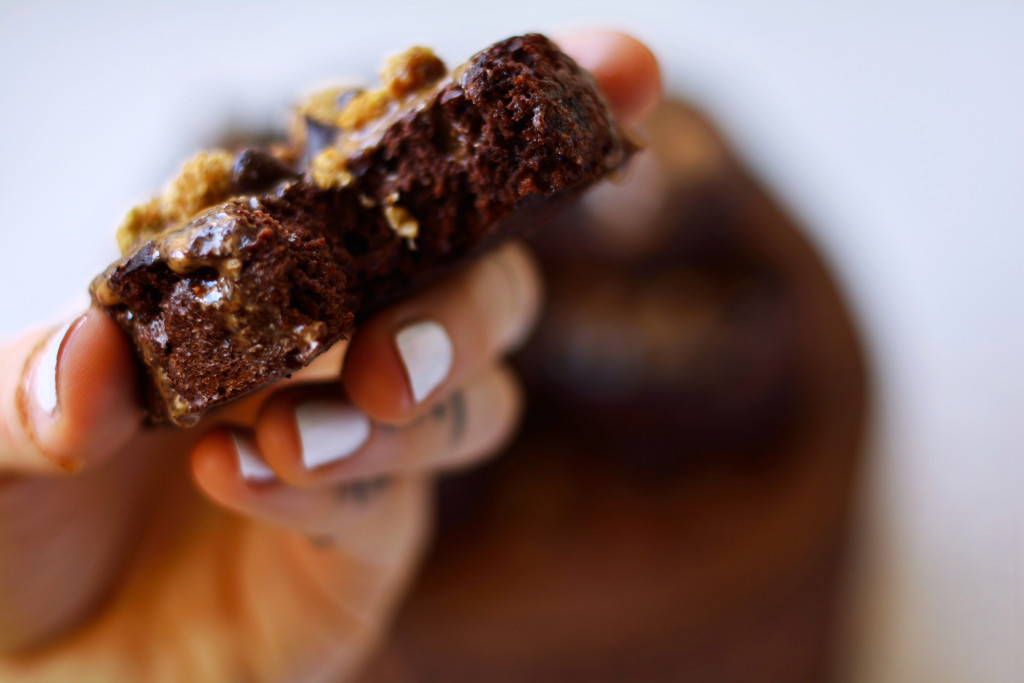 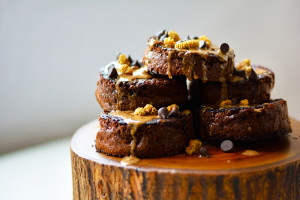 Save Print
Prep time
55 mins
Cook time
45 mins
Total time
1 hour 40 mins
If a brownie and a crumpet had babies they'd totally be these ultra decadent, but healthy, Chocolate Crumpets. Perfect for Pancake Day or just for a good old fashioned nosh.
Author: Greens of the Stone Age
Recipe type: Breakfast
Serves: 10
Ingredients
For the crumpets:

Instructions
Notes
You'll need some old fashioned crumpet rings for this recipe, however if you don't have any you can get away with turning cookie cutters upside down, leaving the fluted edge facing upward.

If using active dried yeast you will need to prepare a yeast starter and follow the instructions in my Paleo Crumpets recipe for this using the same proportions of liquids within the recipe. 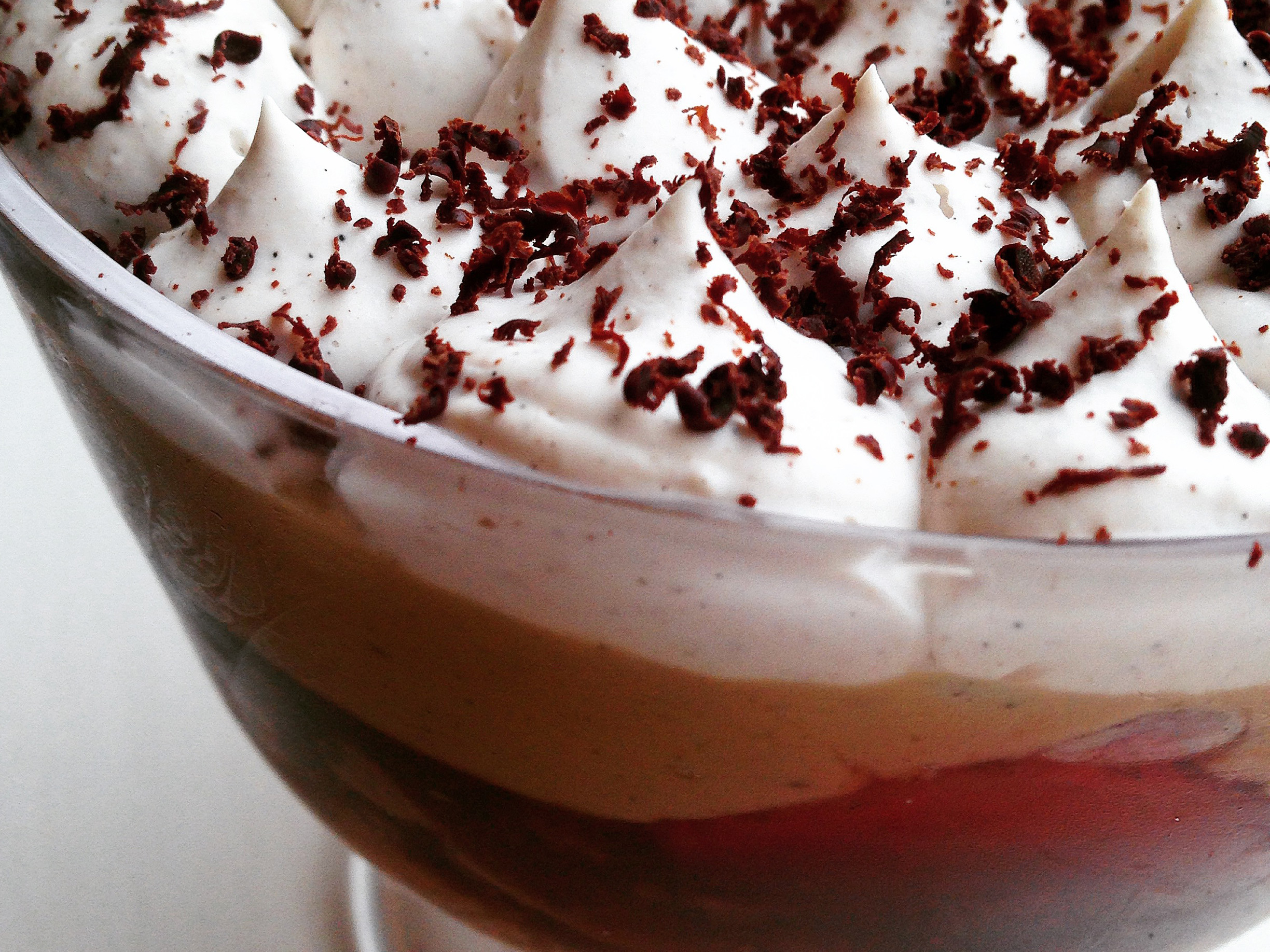 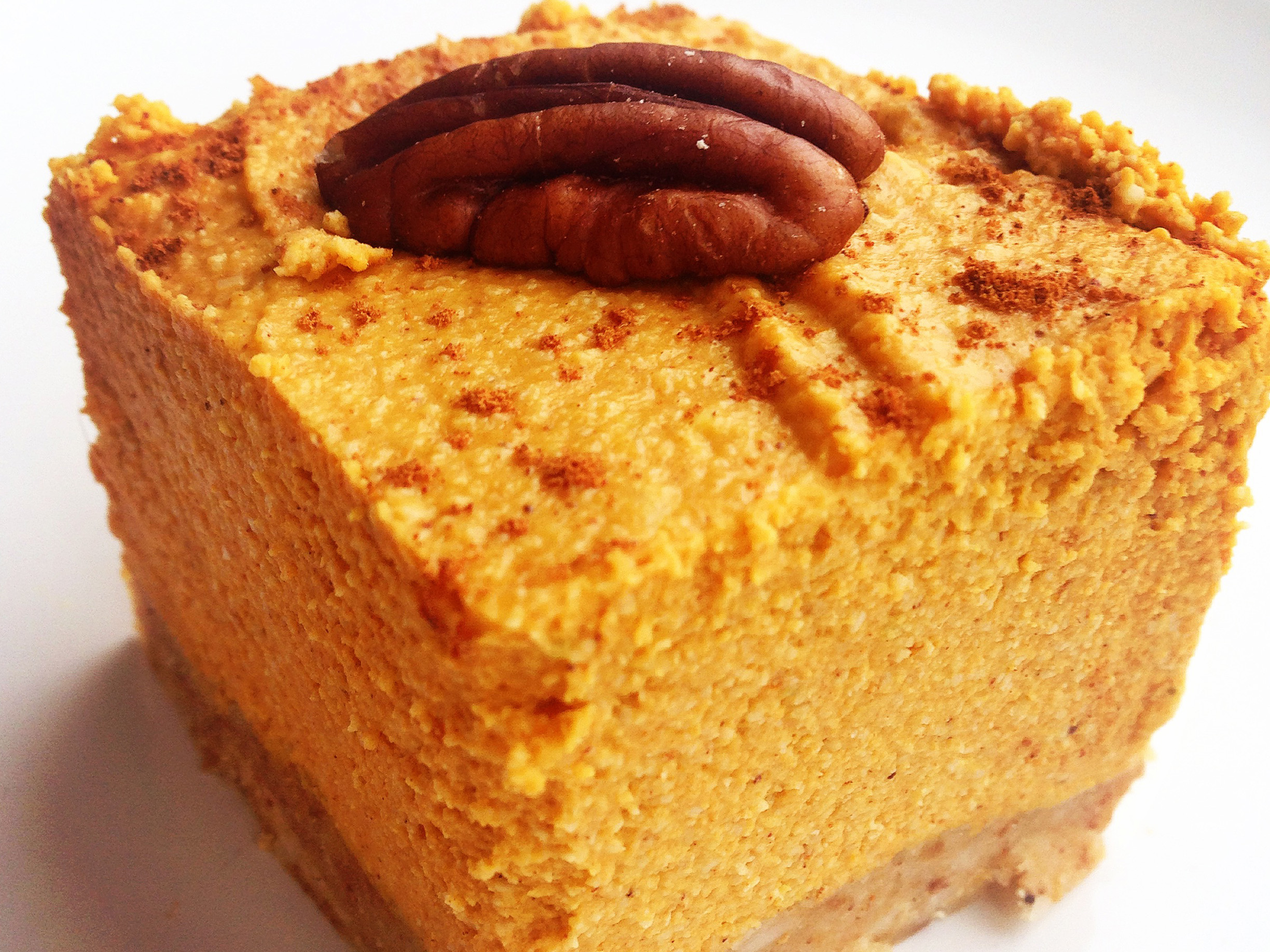 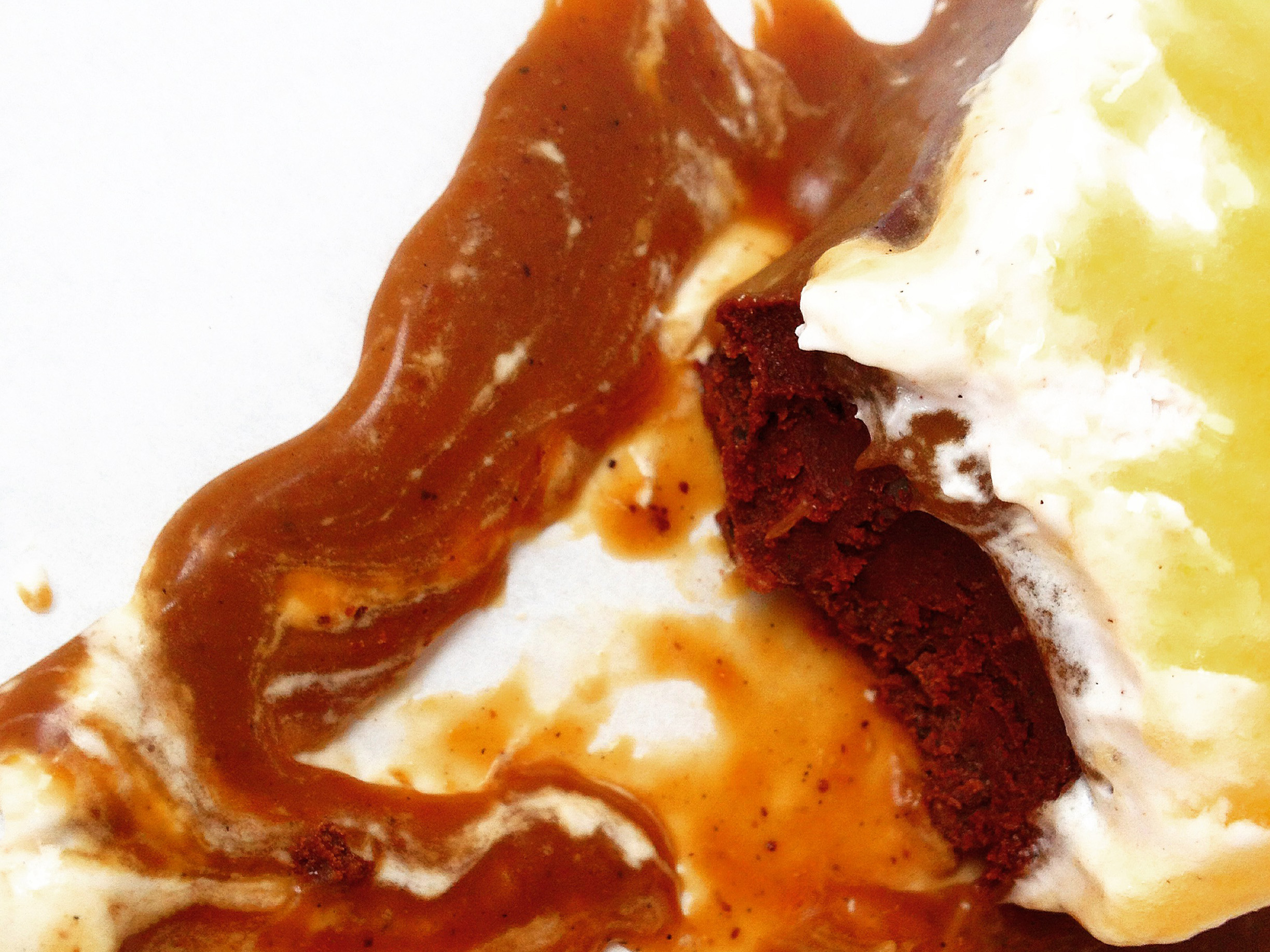